iBOOD (Internet’s Best Online Offer Daily) approached Triple to create an app to complement their international eCommerce website. iBOOD offers a new deal every day in each of their five categories (General, Home & Living, Sports & Fashion, DIY, and Electronics) and has a set of flash deals per category that last for a couple of days. Periodically, they have the big iBOOD Hunt with even better discounts. Besides that, iBOOD has an active community on their forum. Articles and discounts are being actively discussed by the community. All this needed to be built into the app, where certain things would be native and others, like the forum, a web view.

First versions of the designs were a card-based design and would mainly focus on the daily deals and the flash deals. In later iterations, the focus shifted to also highlighting the different categories. In the final versions above, you can see the card-based design has been left behind in favor of bigger images and a bigger “buy” button on the detail screen. New features were added and the need for a bottom menu bar arose to also accommodate the iBood Forum.

My role in the project was to attend the brief, debrief the design side of the project and set up the first designs. After the basic concept was set, Jasper designed the rest of the app while constantly communicating with the client so their wishes would be met. Along the way, these wishes and requirements changed. The agile approach for this project allowed the team to be flexible. 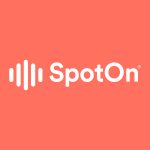